19 Dec Are equity and accountability a likely outcome when foxes and chickens share the same coop?

Critiquing the concept of multistakeholder governance of food security[1]

Last week Carolin Anthes reflected on the role of human rights in the CFS and across the UN system.  This week we launch the third thematic cluster of this series: CFS: Multi-stakeholder or multi-actor? And does it matter? In this post, Nora McKeon presents a  critique of the rise of multistakeholder processes in food security governance, warning that a failure to take power imbalances and interests into account is working to reinforce the corporate food regime.

There is a popular aspiration today for governance arrangements that give voice to those most affected and hold governments to account. Such approaches require clear parameters to ensure effective participation by the marginalized and avoid corporate capture. There is an abyss between this kind of practice – often termed “multi-actor” in civil society circles – and what has come to be known as “multistakeholderism”, which ignores differences in interests, roles and responsibilities among the parties and negates power imbalances. The former can make an important contribution to defending the right to food. The latter is becoming a big part of the problem.

To make the distinction clear it is necessary to disentangle the knots of confusion the concept has accumulated over the past two decades. Multistakeholderism moved out of corporate boardrooms and into the space of global governance in the mid-1990s accompanied by the modality of public-private partnerships (PPPs). Today it has become an integral part of the implementation strategy for the SDGs. This evolution has been sustained by an astonishing ascension of the undemonstrated paradigm of the corporate private sector as a motor of development and food/nutrition security.

The political economy bedrock of this narrative is the advent of what has been termed a corporate food regime  (McMichael 2013) to which the public sector has sold out responsibility for ensuring food security worldwide. In discursive terms, the paradigm reposes on the abiding tropes of modernization and productivity. It profits also from the vagueness of the term ‘private sector’, which is opportunistically taken to cover anything from a family farm to a multinational corporation despite the great differences of size, operational logics and interests that apply across this range.

The rapid concentration of  transnational agrifood corporations along global food chains has benefited from the support of neoliberal  policies. The corporate private sector has a powerful motivation to gain access to global governance arena in which such policies are determined. ‘Business and industry’ was included as one of the nine Major Groups in the 1992 Rio Conference outcome document. This step was strongly contested by participants at the civil society consultations organized in parallel to the World Food Conferences in 1996 and 2002, who decisively refused to be placed in the same box as the private sector.

This logic prevailed during the reform of the Committee on World Food Security in 2009, the only institutional development in the UN system characterized by the direct engagement of social constituencies representing those most directly affected by the policies under discussion. Strongly contested points successfully advocated by social movements included the fact that the CFS deliberates from a human rights perspective; its recognition as the foremost inclusive policy forum promoting policy coherence; civil society’s right to autonomously organize its participation – independently from that of the private sector –and attribution of priority voice  to constituencies of those most affected by food insecurity; and government accountability as the ultimate decision makers.

Corporations ignored the CFS reform process, but in the same year the World Economic Forum convened an expert group to formulate a new system of global governance. The final report of this ‘Global Redesign Initiative’(GRI) calls for a move to redefine the international system as constituting a wider, multifaceted system of global cooperation in which intergovernmental legal frameworks and institutions are embedded as a core, ‘but not the sole and sometimes not the most crucial, component’ (WEF 2010, p. 7). Instead, coalitions of the ‘willing and able’ – TNCs, some countries, civil society bodies, parts of the UN – would take the lead in addressing unresolved global issues. The implications for global governance in this model are severe: TNCs heavily influence framing of global issues; the selection of participants is undertaken without public review; decision-making is conducted without concern for power imbalances or different  interests (Gleckman 2013).

The blueprint developed by the GRI is being replicated across a fast multiplying series of issue areas within and outside the UN system in ‘multistakeholder’ coalitions like  Scaling Up Nutrition (SUN) or the Global Alliance for Climate Smart Agriculture. The differences between this model and that of the CFS are notable.

The fact that the corporate sector and its allies are investing considerable attention in the CFS is a demonstration of the authority the Committee has progressively achieved. It is only to be expected that these actors are seeking to weaken the political significance and the human rights basis of the CFS.  But the Civil Society Mechanism is not without arrows in its bow.

The 43rd plenary session of the CFS witnessed a striking growth in political maturity and level of analysis on the part of civil society participants. The CFS remains one of the few global arena in which articulate testimony given by small-scale producers themselves provides a powerful antidote to the recipes that others invent for them, as demonstrated in the recent negotiations on ‘Connecting Smallholders to Markets’.

The relations between the interests of the corporate sector and the neo-liberal frameworks that support them are systemic, but also dialectic. The rules of the game seem “just the way things are” until the equilibrium on which they are based starts to wobble. The corporate food regime has promised cheap food coordinated by transnational corporate supply chains, legitimized with a food security – productivity – modernization narrative. Today food crises and health issues are putting into question its ability to feed the world and its high environmental costs are becoming increasing evident. The entry of new governmental players has upset the previous balance, while mobilization by social movements is increasing the pressure for change.  An interesting juncture in which to examine the promises and perils of multistakeholderism, and what better site than the Committee on World Food Security? 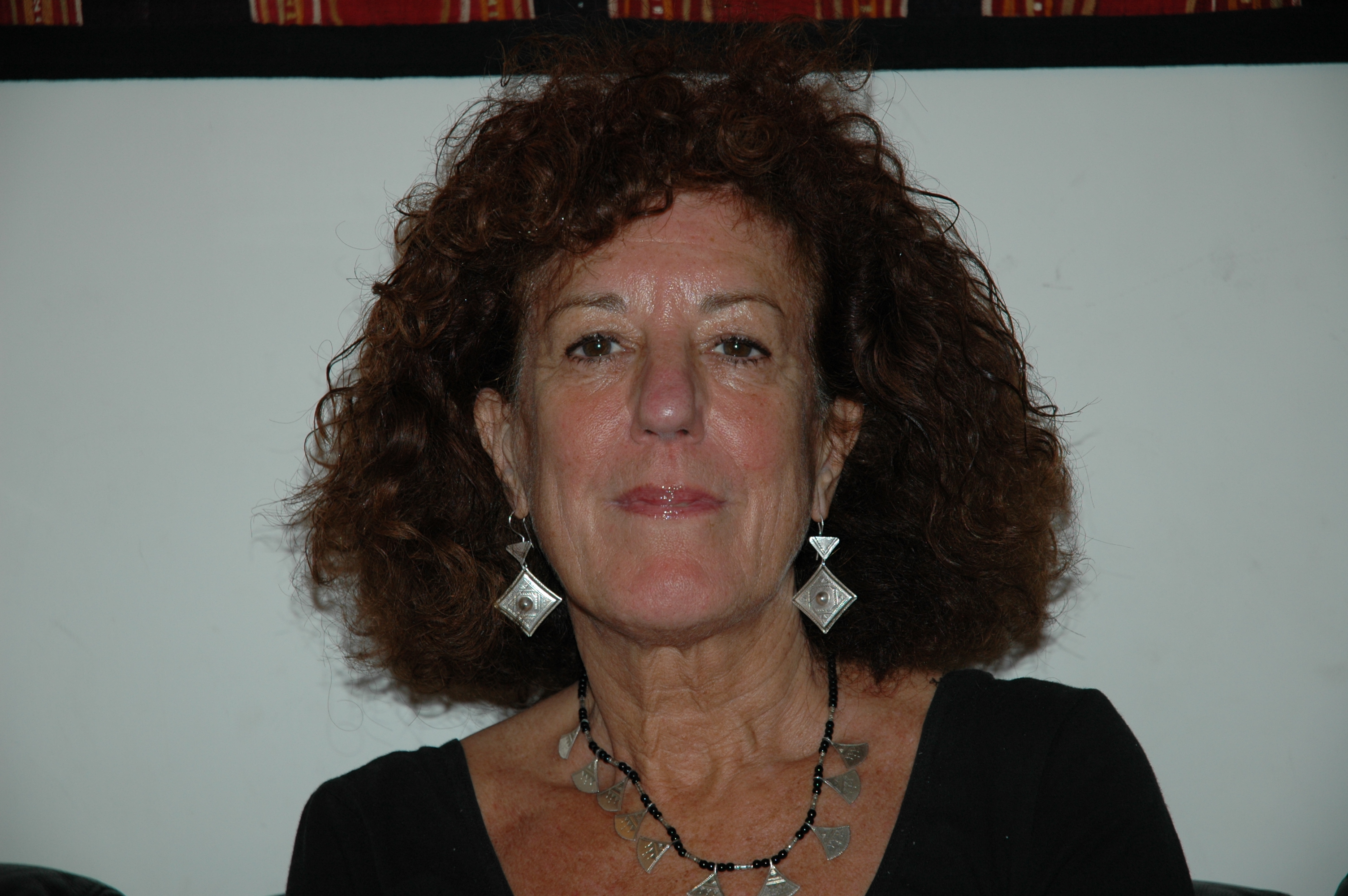 Nora McKeon studied history at Harvard and political science at the Sorbonne before joining the Food and Agriculture Organization of the United Nations where she worked for many years, opening FAO up to organizations of small-scale producers and civil society. She now engages in research, teaching, and advocacy around food systems, food governance, small-scale farmer movements, and UN-civil society relations. She closely follows evolutions in global food governance including the reformed Committee on World Food Security.  She teaches at Rome 3 University and the International University College of Turin. Publications include:  Peasant Organizations in Theory and Practice (with Michael Watts and Wendy Wolford, UNRISD 2004), Strengthening Dialogue with People’s Movements: UN experience with small farmer platforms and Indigenous Peoples (with Carol Kalafatic, UN NGLS 2009), The United Nations and Civil Society: Legitimating Global Governance-Whose Voice? (Zed 2009), Global Governance for World Food Security: A Scorecard Four Years After the Eruption of the “Food Crisis” (Heinrich-Böll Foundation, 2011), and Food Security Governance: empowering communities, regulating corporations (Routledge 2015).  She has co-edited a special issue of Globalizations on land-grabbing and global governance (Vol. 10, Issue 1, 2013), contributing an article on land grabbing, transnational rural social movements and global governance.

[1] This piece draws on an article to be published in 2017 in a special issue of Globalizations on the SDGs.