30 Mar CFS Engagement in 2030 Agenda and its Thematic Reviews

With this post we continue with the fourth thematic cluster: “Emerging Issues at the CFS: How are they being addressed?”.  In what follows Martin Herren and Sonja Tschirren from Biovision provide their analysis of why the CFS should be more actively engaging in the 2030 Agenda for Sustainable Development. 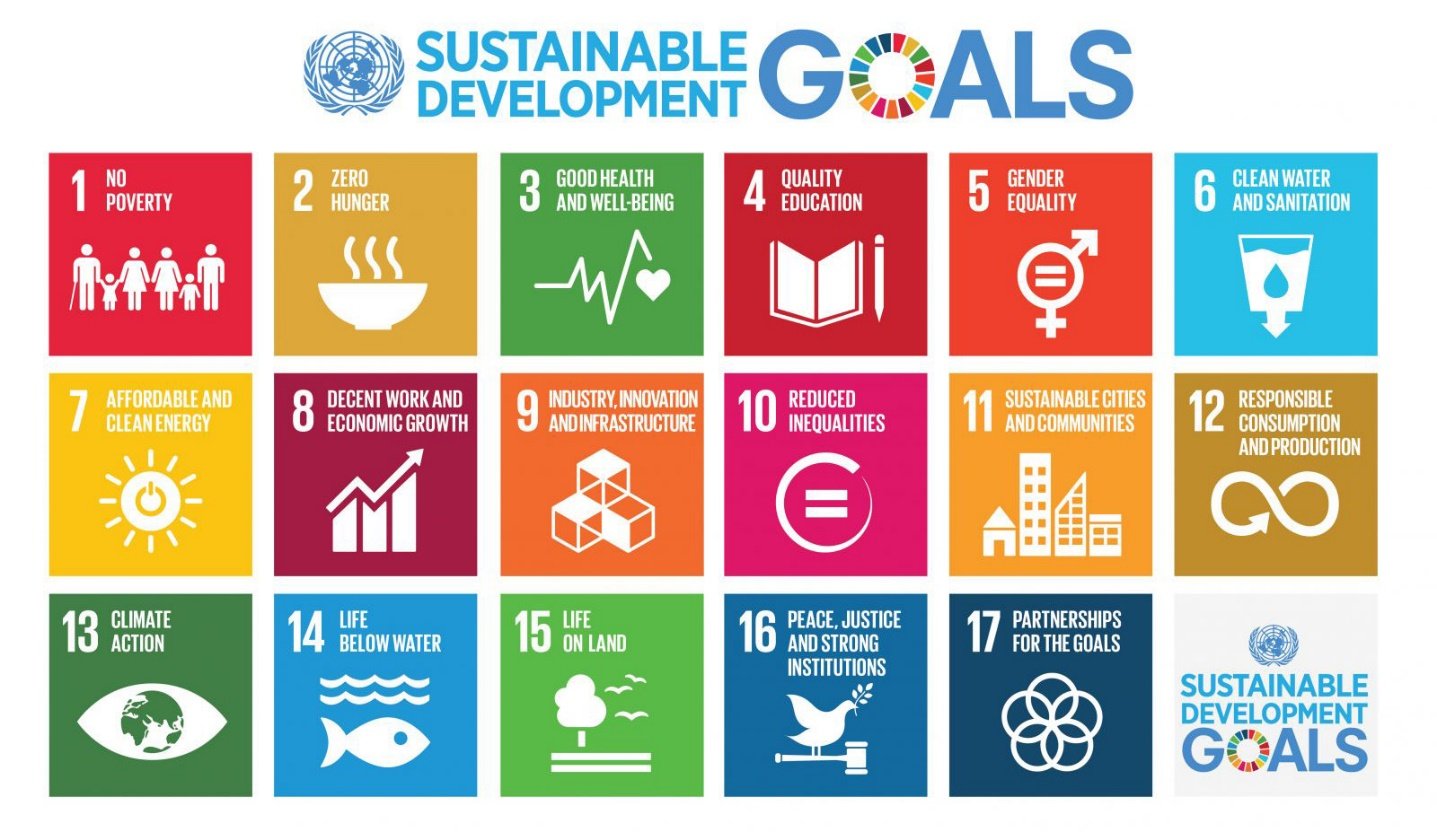 The 2030 Agenda for Sustainable Development has considerably changed the landscape in which our work for increased sustainability of food systems evolves. Countries have started to gear their policy planning towards the Agenda’s targets and international agencies and platforms will provide support. Despite existing reservations towards the 2030 Agenda  and its design, Committee on World Food Security (CFS) stakeholders decided to engage in this process. Since this remains contested, in this blog entry we look at the potentials and challenges that the CFS might face when engaging in this new agenda. Given the fact that member states have actually embarked on this journey, we propose that the CFS should not engage half-heartedly in this new process and may have to look into options how to become more innovative to match the new Agenda’s setting with CFS mandate.

The CFS and HLPF, a good match?

In view of the High Level Political Forum (HLPF), intergovernmental bodies and forums, such as the CFS, will have an active role in supporting the thematic review of the implementation of Agenda 2030. In the Agenda 2030, paragraph 24, heads of governments reaffirm “the important role and inclusive nature of the Committee on World Food Security and welcome the Rome Declaration on Nutrition and Framework for Action.”

But what would a meaningful thematic review be? And in a more strategic perspective: could the 2030 Agenda be an opportunity for the CFS to position itself as a valuable player in the achievement of SDG 2 and related goals? The CFS is by mandate tasked to support global policy coordination, policy convergence and provide advice to member states on issues of food security and sustainable agriculture. That includes fostering the broad adoption of intergovernmentally negotiated CFS products (such as the Voluntary guidelines on the responsible governance of tenure of land, fisheries and forests in the context of national food security  or Principles for Responsible Investment in Agriculture and Food Systems) guiding countries towards SDG 2. In this regard, a thematic review that discusses the progress on the uptake of these products by governments and the other stakeholder groups is certainly a valuable contribution to the HLPF.

Beyond such an important and obvious contribution to the HLPF review however, we would note that the 2030 Agenda and the review process via the HLPF provide room for interpretation regarding what a meaningful contribution by the foremost inclusive intergovernmental platform on questions of food and agriculture to the agenda could be. CFS stakeholders – especially member states – need to further gauge and deliberate this question. If they don’t, they could miss their return on investment they made so far in the CFS, leaving room for other competing organizations and stakeholder groups to define the food systems of the future, with virtually no coherence or convergence for member states to build on.

In the meantime, we could think a bit out of the box and come-up with a few thoughts on current and possible activities of the CFS to support the achievement of SDG2 and related goals.

Convergence of the Agendas

So far, the CFS has undertaken some first efforts to increase its visibility in New York at HLPF. However, more concrete and further reaching actions would be required to engage meaningfully. Primarily legitimacy and competence to engage in the 2030 Agenda will stand or fall with the CFS ability to internalize the 2030 Agenda approach within CFS. In order to achieve this pervasion, the work of the CFS’s Open Ended Working Groups (OEWGs) and High Level Panel of Experts (HLPE) would need to be continuously guided by the Agenda 2030, e.g. outcome documents of the CFS’s would need to be anchored in and seen as a contribution to the achievement of the 2030 Agenda. This also calls for more coordination among CFS workstreams and HLPE topics to explicitly deliberate on synergies and trade-offs amongst them.

To some degree, such internal CFS alignment with the 2030 Agenda could be triggered by the CFS’s OEWG on SDGs. In our view its work has advanced well since 2015, in particular thanks to the members’ constructive spirit to engage with the 2030 Agenda, and through a transparent and inclusive process. The group has also linked with the MYPOW (multi-year program of work) working group to better align, amongst others, the biennial planning of CFS with the HLPF deadlines and schedule. Furthermore a review of CFS products by the OEWG on SDGs not only fleshes out linkages to the 17 SDGs but also provides a good mapping of synergies between the products. Finally, setting-up a technical task team that is knowledgeable about the processes and discussions at HLPF was an important and effective step to speed-up progress of the group’s work: the group now manages to elaborate on a 2017 and 2018 HLPF submission in 7 meetings only and thus addresses the off-beat schedule between HLPF and CFS.

However this procedural flexibility might come at a cost on the substance and efficacy of the submission text. Currently the CFS is requested by the ECOSOC president to submit its contribution to HLPF Review Theme 2017 “Eradicating poverty and promoting prosperity in a changing world” according to a template provided. From current discussions in the OEWG SDGs, the CFS will provide barely more than a set of rather random key messages and a condensed compilation of findings from CFS products in the context of the review theme. It might be a missed opportunity to make a more substantial contribution in the review year where particularly SDG 2 is in the limelight.

Another indication of the CFS’s willingness to engage with 2030 Agenda is the discussion of the SDGs during its annual plenaries. CFS organized a special event on SDG experience sharing at the 43rd annual session (October 2016) and there is also a plan for CFS44 to organize a similar session on the SDGs, perhaps even on the very first day of the session.

However, to avoid mere showcasing, the format would need further institutionalization. For example, it would be useful for the first-hand insights from countries to converge in some sort of lessons learned outcome document. Subject to CFS willingness and funding, this could also lead to the CFS becoming a voluntary review platform on SDG 2 (and other connected Goals) or help identifying emerging issues for future work of CFS and HLPE. For example, it became again evident at CFS43 that cross-sectoral and integrated policy planning is a key challenge for governments. Accordingly the CFS could also deliberate how the implementation of the SDGs, notably around sustainable food systems, could be best planned, modelled and reviewed.

Conserving the SDG seeds planted within the CFS

Voices to abandon the OEWG on the SDGs during the next biennium have already been raised. Under the assumption that there is value for the CFS to engage meaningfully in the agenda, the group ceasing its work may definitely be too early since there are question marks remaining about the role and substance of the CFS’ contribution to the HLPF.

There is more work to be done: for substantial HLPF submissions, the Committee might need to strive for more coordinated collaboration with other stakeholders that also work on SDG 2 and related goals – e.g. the World Health Assembly, UN Environment Assembly, the Commission on the Status of Women, to name a few. More support from CFS member states would be needed in mobilizing their colleagues in New York, Geneva, Nairobi and elsewhere, also in highlighting the added value of the CFS to their ministries at home.

Further direct engagement of the CFS in the HLPF and related processes would be essential to become perceived as an engaged actor. This could be done through fostering communication channels of CFS’ delegates with their NY colleagues and the presentation of CFS inputs during the HLPF sessions. Finally, replicating the format of the CFS43 special event on SDGs in a side event at HLPF 2017 could provide a distilled and valuable summary of the voluntary national reviews through a Food Security and Nutrition lens.

All of the proposed action would require ownership among CFS members for a proactive, continued engagement in implementing the Agenda 2030 and it would require the flexibility to work around restrictions such as the very limited resources available.

Sonja Tschirren coordinates the programme “Changing Course in Global Agriculture” at Biovision and supports both national and international processes in CCGA’s different projects. Previously a project leader on CFS, she was strongly involved in the Rio+20 UN Conference on Sustainable Development to support the strong role of the CFS in food security, nutrition and sustainable agriculture.

Martin Herren is project leader at Biovision in the policy advocacy team and works in the programme “Changing Course in Global Agriculture” . He is closely following the SDG discussions at both CFS and HLPF. Furthermore he supports the fostering of policy planning processes on sustainable agriculture in Kenya, one of the project’s pilot countries.