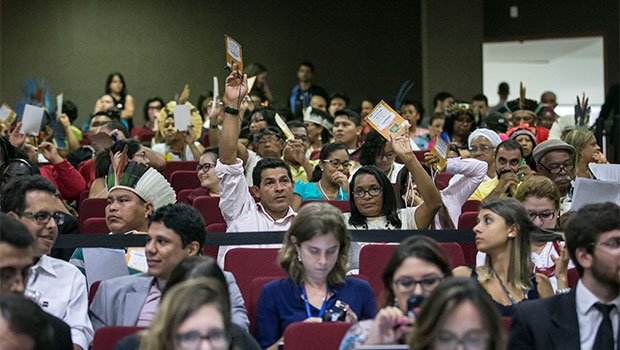 Posted at 12:40h in 500 Words, CFS, Participation in Policy by Food Governance 0 Comments 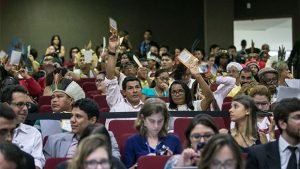 Constituencies are broadly defined as groups of people with shared interests (Oxford English Dictionary 2017). In the global food sovereignty movement (GFSM), the concept has been used to identify and distinguish between groups of people with distinct identities and lived realities, but also distinct roles and responsibilities.    Constituencies typically designate distinct groups of food producers, such as pastoralists, fishers, indigenous peoples, agricultural workers or small-scale farmers. The term constituencies is also used to designate other actors in the movement such as women’s and youth organizations or NGOs.   Over the last 20 years, constituencies have become a key organizing feature of the GFSM. Our research shows that the creation of constituency categories has facilitated two main goals of the GFSM: alliance-building and effective direct civil society representation in global policy-making spaces. Identities are at the heart of constituencies, which are essentially identity-based groups (or sectors). For example, the transnational agrarian movement La Via Campesina has been able to shape a strong political identity of small-scale food producers as peasants (Desmarais 2008). A lot of spaces and processes in the GFSM require representatives of different organizations to identify which constituency they belong to and to participate in specific discussions for that constituency only. This is the case, for example, of the Civil Society Mechanism to the CFS or the Nyéléni Europe Forum. Constituencies are often associated with closed or separate spaces, that enable specific identities to come together, organize and gain visibility. Concerns are often raised about the fact that creating separate spaces around identities may weaken or fragment movement but our research shows that it is precisely because it has been able to cultivate and protect diverse identities that the GFSM has been able to flourish, grow through alliances, and speak as one. At the same time, it is important to recognize that most actors in the GFSM have multiple and hybrid identities that cut across constituencies. Constituencies, like identities, overlap. This is particularly true for the Women and Youth constituencies, but to some extent for the Indigenous Peoples and Pastoralist constituencies as well. This explains why a lot of actors in the GFSM may not necessarily know which constituency to join, or to which they ‘belong’. When this is the case, it is useful to think of one’s first political identity. i.e. to prioritize some aspects of one’s identity for the sake of effective participation. Constituencies, together with regions and organizations, are one important source of diversity in the GFSM. Constituencies are made of organizations with different goals, priorities, identities and ideologies, that operate in different cultural, religious, political and economic contexts. Some constituencies have more power or influence than others. It is therefore important to facilitate the interaction between different constituencies to avoid the consolidation of power of one group over the other. Quotas that establish the relative weight of the various constituencies, and protect difference, are an effective way to address this.

This entry is part of the 500 Words Series where we explain academic concepts in 500 words or less.