11 Jan Governing food systems in a multi-stakeholder era, an example from Brazil

Is the Brazilian CONSEA a “multi-stakeholder process” or a platform for participatory politics?

We quick off the first post of the year by continuing with our third the thematic cluster: “CFS: Multi-stakeholder or multi-actor? And does it matter?”  In this post, Matheus brings us a national-level example, the Brazilian National Council on Food and Nutrition Security, aka CONSEA,  and argues that more conceptual precision is needed when comparing and assessing the transformative potential of multi-stakeholder platforms. 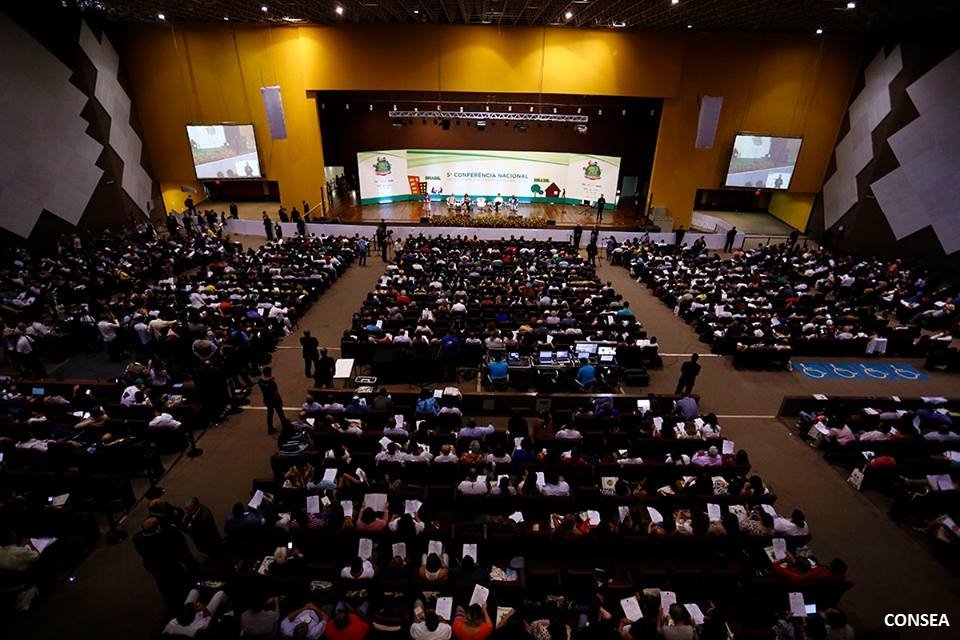 If you have been following the CFS and food security governance at the global level there is a good chance that you have heard about CONSEA. And if you have visited Brazil, I am almost sure that someone dropped this acronym in conversation, at least once.

In the past few years, CONSEA – the Brazilian National Council on Food and Nutrition Security in Portuguese – has become the showcase example of a successful “multi-stakeholder model” that promotes food security and nutrition. It has been featured in a number of international reports as an inspirational experience to other initiatives governing food policies. Members of CONSEA have been participating in CFS activities since at least the CFS 2009 Reform. At CFS43 last October, for example, the omnipresent David Nabarro delivered a video message in one side-event where he stressed the importance of CONSEA in influencing the CFS Reform process itself towards a “multi-stakeholder model”. The governance structure of the Council was also presented as a positive case to the plenary of CFS40 in 2013 and in a number of side-events.

CONSEA works; well, it has been working until now at least, considering that many of its members are highly suspicious of the new government administration intentions towards the Council – but that would have to be subject of a different blog entry.  The fact is that report after report confirms the importance of the Council in forging innovative, participatory and accountable food security policies that managed to take Brazil out of the FAO food hunger map already back in 2014.

So if CONSEA works, where is the problem?

The importance of CONSEA is unquestionable. Nevertheless, I fear that there is a conceptual misunderstanding when labelling this Council as an example of a multi-stakeholder model. For those that are more interested in the kind of policies that work for addressing food and nutritional insecurity, this might not be very relevant. But it is for those willing to understand the political economy that drives the adoption of a policy A instead of a policy B – that is, people concerned with the governance of food security.

First, CONSEA has little to do with the multi-stakeholderism that has been propagating in global governance circles (including the Agenda 2030 discussions). While the growth of multi-stakeholder platforms is associated with the changing nature of States and other non-state actors in the international system, the constitution of CONSEA reflects political changes within Brazil itself – re-democratization in the 90s and the left-oriented government of the 2000s. There are obvious interactions between the national and the international dimensions, but they do represent very different political disputes and power shifts.

Second, the composition of the Council is substantially different than other bodies that normally carry the multi-stakeholder label with pride – for instance the CFS. In terms of number of participants, CFS is still frankly dominated by Member-States, in despite of the 2009 reform that substantially opened space for non-State actors, including civil society and private sector. CONSEA has a much stronger presence of social movements, NGOs and small farmer associations, on the other side. In its 2013-2016 composition, out of the 40 seats, these groups had more than 30 seats, with just one seat assigned to the national large farmer association and another one for the agro-industry.

That implies that more critical and progressive thinking manages to flow more easily within the Council, shifting the challenge to the design and implementation of public policies that would be needed to make those transformative ideas reality. Indeed, the differences between the CONSEA model and the standard multi-stakeholder model are so evident that – still lacking a better terminology – I propose to consider CONSEA a platform for participatory politics or – if you prefer – participatory democracy. 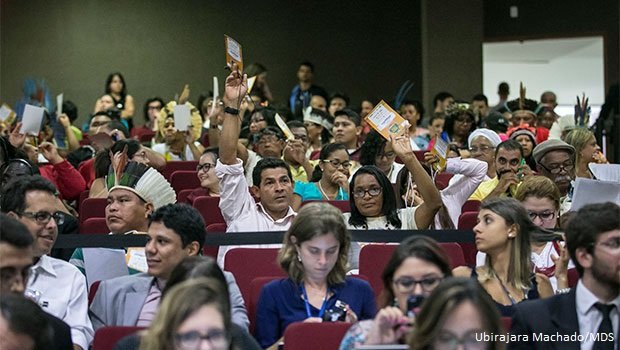 If you are not from Brazil, why is this relevant? Because conceptual precision is needed to compare and assess the real transformative potential of multi-stakeholder platforms, such as the CFS. Analytical tools can assist us in un-folding the actor composition, in classifying their discourses, in identifying the power relations and asymmetries between actors, among other elements that shed light on the political economy of these platforms. Very recently, colleagues and I tried to do this exercise using the theory of deliberative democracy, in a manuscript that is still under review by a scientific journal. This is just one example of bringing political theory to empirical analysis of multi-stakeholder platforms.

Like it or not, we live in the multi-stakeholder era of global governance. Only understanding these platforms better will allow us to answer if these are bringing us closer to normative ideals that are usually associated with them, from justice, to inclusivity, to democracy.

Matheus Zanella is Research Associate at the Institute for Advanced Sustainability Studies (IASS) in Germany, visiting researcher at the UNDP World Centre for Sustainable Development (RIO+ Centre) in Brazil. and PhD candidate at the Centre for Development and Environment (CDE) at the University of Bern. He has worked at the FAO, the Brazilian Ministry of Rural Development and farmers’ organizations in his home country, always dealing with topics related to agricultural and environmental policies and their interaction with food security and sustainable management of natural resources. He is also a co-convener of this special blog series.