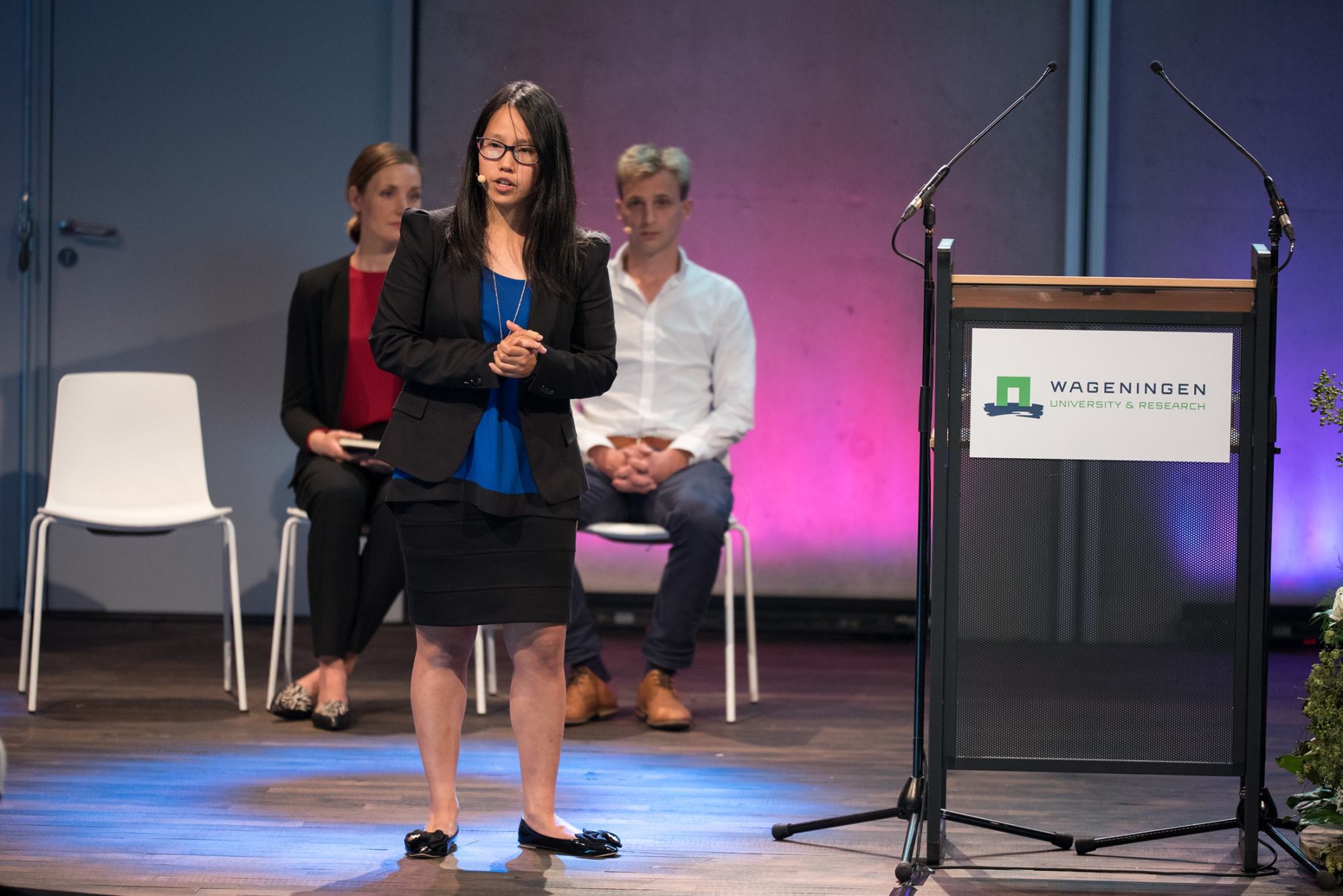 On September 4th I took the stage with two younger scientists to reflect on the theme of the Opening of the 2017-2018 Academic Year: Science as the basis for optimism.

I tend to be an energetic speaker; comfortable on stage, happy to speak freely without notes. This was not one of those occasion. I planned my speech carefully, with guidance from colleagues and friends. My typically animated style was subdued. As optimistic as I am as an individual, I wanted to be clear that on this occasion, I was advocating for caution.

I found myself in a difficult position. I wanted to respond to his speech, but it was not clear in advance what he would say. I supported the faculty who decided not to attend out of concerns which they raised in a letter, but I also believe in the importance of engaging and responding when you are in a position to do so, which in some ways, I was. I wanted to be critical; I did not want to disappoint my colleagues or students. At the same time, I did not want to necessarily alienate myself from the mainstream of the university. I wanted to respect the tone of the event, while also highlighting key concerns.

Several people have asked for a copy of the text as apparently the live feed was not easily accessible. So, here it is. All comments, questions and visions for the future, most welcome!

Reflections on science as a basis for optimism

As we lead up to the celebration of 100 years of this university we are being called to think about the contributions of science to the world. And it is clear, science and scientific progress offer a strong basis for optimism. Yet alongside all of the wonder, and wisdom, and progress, there are rational reasons to be cautious of adopting an optimistic trope.

Technologies today can be differentiated from those of the past in so far as they are more powerful, more all-encompassing, and more impossible to avoid. We just heard about a technology that can fundamentally change who we are. Anthony Giddens, former director of the London School of Economics, has shown that our societies now face risks marked by a high level of human agency involved in both producing and mitigating such risks. He calls these manufactured risks.

At this university, we are at the cutting edge of many scientific and technological advancements. We are also aware that there will be good and bad outcomes as these technologies roll out. There are enormous uncertainties, and complex dynamics.

With new discoveries and advancements in science comes responsibility. With radical science comes radical responsibility. As we push forward with exciting developments, we are also increasingly aware we can no longer afford to get it wrong. The consequences are simply too great. We need to proceed with caution.

This means we walk a difficult line in science, one we sometimes try to ignore: we need to be true to our methods, to our ambitions, to our instincts, but we also need to be aware of public values. What’s more, is that these values differ, and at times, they are irreconcilable. This reminds us that science, and the technologies that emerge from science, have politics. To be clear, our job is not to say what these politics should be and we should maintain our independent positions as much as possible. But we do need to engage in deliberation about them.

If science is to be with and for society, we need to be actively deliberating amongst ourselves and with others. We need to move outside our comfort zone and echo chambers and have difficult conversations about the direction we want society and science to take us.  To do this, we need to know, or at least imagine, the kind of futures we want.

I propose we make use of utopias as a tool. Utopia is used to describe a place where we might desire to live. To imagine utopias, to formulate alternative scenarios to re- imagine how we live on the planet, is an active response to some of the key problems we face, both real and imagined. Imaging utopias is not a childish or a naïve pursuit.

Louise Fresco (2016:8) has remarked that utopian thinking is so “powerful that it cannot be dismissed as unscientific religious doctrine, or naive mythology”. Carolyn Steel (2009: 305) argues that “utopianism represents the nearest thing we have to a history of cross-disciplinary thought.” Physicist John R. Platt has noted that “The world is now too dangerous for anything less than utopia.”

Imagining utopias can expand the number of places we look to make sense of the world.  Utopias can be used as a tool to experiment with the multiple, with broad experiences, and to foster dialogue around what ideas and values matter to people. In this way, designing utopias can move us from the monoculture of scientific knowledge to what Santos (2004) has called the “ecology of knowledges”.

To design a Utopian society often means to be at once imaginative and optimistic, but also critical and subversive (Marshall 2016). It is through proposing utopias, challenging utopias, and reimaging utopias, that we can foster fundamental conversations about the future we want and what this future might look like. This is key. Science may continue to solve problems (many of its own creation), and economies may continue to grow, but they may not lead to the society we want.

Let us reflect for a moment on the mission of our university: ‘to explore the potential of nature to improve the quality of life’.  Applying the tool of utopia, we may find that there is no consensus around what quality of life means and that we have ignored much of the diversity of values, of ambitions, and aspirations of people the world over. Further, to improve quality of lives, we need to try to identify potential risks and problems before they happen. We also then need to engage in the very difficult process of assessing related trade-offs.

We are no longer in a moment where we can maintain a blind faith in science or the mechanisms which mediate the outcomes of our science. At the same time, we need to rebuild public faith in science.

So let us be creative with our visions for the future, and let us continue to develop interdisciplinary science-supported pathways towards these visions. But in doing so, let us be wise, and let us wonder about the implications of our work. Let us move forward with reflection and with caution. And finally, let us remain optimistic. As Jean-Claude Servais said, “The hour calls for optimism; we’ll save pessimism for better times.”