21 Feb The CFS policy recommendations on Connecting Smallholders to Markets

Today we inaugurate the fourth and last thematic cluster on “Emerging Issues at the CFS: How are they being addressed?”.  Thomas Patriota comments on policy recommendations adopted at the last CFS: Connecting Smallholders to Markets (CSTM). Reviewing the discussions that lead to this instrument, he stresses that the CSTM represent an important discursive affirmation of the primary role of smallholders in agricultural investment and food security. He further argues that the adoption of the CSTM recommendations is a step forward in recognizing peasant family farming within global food governance.

The policy recommendations on Connecting Smallholders to Markets (CSTM) adopted at the CFS 43 session last October are an important new addition to the gradual accumulation of policy dialogue and consensus-building on measures for the strengthening of peasant family farming[1] that can be traced back to the 37th CFS session in 2011 – two years after the Committee’s reform.

That session’s policy roundtable on ‘How to Increase Food Security and Smallholder-Sensitive Investment in Agriculture’ saw the terms of multilateral policy debate on this issue crucially shifted (McKeon, 2015). The relative strength of the  discursive affirmations enshrined in the CFS 37 final report regarding the primary role of smallholders in both agricultural investment and food security gradually intensified in the following years. This can be partly attributed to the strong evidence and argumentative basis provided by the HLPE report that was commissioned during that session and from which would emerge the policy recommendations on ‘Investing in Smallholder Agriculture for Food Security and Nutrition’, endorsed at the CFS 40 session in 2013.

These in turn eventually yielded the High Level Forum on Connecting Smallholders to Markets, held in 2015, for which a Background Document previously prepared by a technical task team comprising members of the three Rome-based UN agencies plus the Civil Society and Private Sector Mechanisms also contributed to deepening the quality of policy debate. The resulting CSTM recommendations adopted in July of the following year and their endorsement three months later at CFS 43 are the latest developments in this succession of debates and policy documents.

Whereas the first set of policy recommendations is framed with regards to investment by and for smallholders, and the second on strengthening smallholders’ access to markets, both documents cover a considerably wide range of interconnected policies, and how these relate to the roles of both state and private actors. But they also bring in a narrative that posits a greater degree of autonomy for smallholders both politically, with regards to the state (through the promotion of greater organizational strength for smallholders and more bottom-up direct participation of organizations in policy formulation and implementation) as well as economically, particularly in their interaction with larger and more vertically integrated transnational private actors (with which diverse forms of contract farming are only seen as potential opportunities for smallholders if and when properly regulated, so as to ensure a level-playing field in both contract negotiation and enforcement).

The CSTM policy recommendations in particular give special importance to ‘institutional procurement’ programs, reflecting an increasing consensus on the benefits for both consumers and small-scale food producers of using the structured demand of state institutions (schools, hospitals, social protection programs) to directly purchase food from smallholders. This increasing consensus on public procurement programs is not only reflected in CFS policy guidelines, but also in reports, programs and activities undertaken by FAO, IFAD, and WFP, as well as in other branches of the UN system – such as the Geneva-based Human Rights Council, through its Special Rapporteur on the Right to Food.

Despite this growing recognition, public procurement and other forms of state support to smallholders in developing countries are considerably restricted by existing multilateral trade rules, as defined by the WTO’s Agreement on Agriculture (AoA) and in particular its provisions on Public Stockholding for Food Security – an issue that has come to the fore since the Bali Ministerial Conference in 2013. Indeed, although WTO rules in principle allow developing states to purchase from their country’s family farmers to constitute national food security stocks, severe restrictions apply regarding any form of price support given to these farmers by the purchasing public institutions[2].

Part of the reason for these restrictions can be linked to the absence of anything remotely close to the kind of deepened qualified policy debate and multi-stakeholder representation that have yielded the above-mentioned policy recommendations in the CFS, when it comes to discussing the role of ‘low-income or resource-poor producers’ – as they are referred to in WTO parlance – in the much more restricted and less representative environment of international agricultural trade negotiations. Nevertheless, if smallholders are to benefit from national tailor-made policies, developing country states of all sizes should be allowed to implement such enabling policies without having to fear retaliation for circumventing international trade rules. It is with this rationale that, following a proposal originally emanating from Brazil’s Ministry of Agrarian Development, the G20 group of developing nations in the WTO proposed changes to the existing AoA (reflected in the last circulated draft proposal for a new agreement dating back to 2008), which, if adopted, would no longer consider public purchase for food stocks at subsidized prices to be ‘trade-distorting’ provided these are purchased from ‘low-income or resource-poor producers’ (Cedro, 2011)[3].

These and other multilateral discursive and negotiating battlegrounds for greater policy space to support peasant family farmers of the Global South, who also represent most of the world’s food insecure, include current efforts to obtain greater respect, protection and fulfillment of their own Human Rights as well as recently approved measures that identify them as part of the solution to bringing about economic, social and environmental Sustainable Development. In this context, some of the FAO’s initiatives emanating from the global civil society-led campaign and subsequent celebrations of the UN International Year on Family Farming – IYFF 2014 also represent decisive – if still initial – steps forward. These include, among others, the internationally agreed FAO definition on Family Farming, which officially establishes both family management and predominance of family labor as two key criteria, as well as the Committee on Agriculture’s 24th session in which member states officially recognized the need to both ‘develop and implement specific policies’ as well as to adopt ‘common criteria for achieving definitions and typologies of family farming’ across all regions of the world.

The SDG monitoring process represents a significant opportunity for generating greater policy coherence across the international governance system related to smallholders, given the fact that the two agreed indicators for SDG 2.3 (which aims to ‘double the agricultural productivity and incomes of small-scale food producers’ by 2030) need to be able to refer to commonly agreed criteria on who these producers are and who they are not, in order to generate comparable data across developing and developed countries.

In an international food system still largely dominated by transnational corporations and governments of the Global North, and in which different multilateral negotiation forums tend to function as separate and often disconnected entities, social movements, academics, governments and other actors from the Global South and North should take advantage not only of the growing political recognition of producer organizations and increasing evidence on the manifold benefits of public policy support to small-scale farming worldwide (as provided by the CFS), but also draw on the significant work conducted by FAO on gathering and systematizing data and knowledge on family farming worldwide (as produced by the IYFF-related agenda[4]) in order to step up efforts towards greater convergence between initiatives that aim to strengthen those who are alternately referred to as peasants (HRC), low-income or resource-poor producers (WTO), smallholders (CFS), small-scale food producers (SDGs) or family farmers (FAO).

Indeed, the capacity of national governments to implement a comprehensive set of intersectoral measures to support peasant family farming, as prescribed by the relevant CFS policy recommendations that these same governments have officially endorsed, ultimately also depends on a better integrated, more coherent and more equitable international governance regime that respects and reflects the primary role played by smallholders in the world’s food systems. 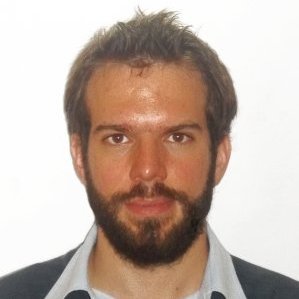 [1] FAO’s definition of ‘Family Farming’ is the main reference for the ‘Peasant Family Farming’ umbrella-term used here to designate a wide-ranging and extremely diverse sector that is nevertheless differentiated from larger more capitalized agricultural sectors through the main criterion of its ‘predominant reliance on family labour’ (FAO, 2013). The terms ‘family farmers’, ‘smallholders’, ‘small-scale food producers’, and ‘peasants’ are used here interchangeably.

[2] Under current WTO rules, the difference between state purchase price and market price is accounted for in the ‘Aggregate Measurement of Support’ – AMS calculations that fall under the ‘amber box’ – i.e., these amounts are considered ‘trade-distorting’ subsidies that should be eventually reduced and eliminated.

[3] The issue of Public Stockholding for Food Security is still under discussion at the WTO, and India – backed by the G33 – has been the main country defending the right of developing countries to maintain public stocks for food security at ongoing negotiations. Debates in international trade negotiations, however, tend to be strongly skewed in favor of the interests of larger transnational corporate actors and of developed country delegations.

[4] Examples include a series of regional Working Papers, work conducted by an International Working Group on Family Farming – IWG-FF (in partnership with IFAD and CIRAD) to establish common criteria and typologies at national and regional levels, and the Family Farming Knowledge Platform.