31 Oct The Future of CFS? Critical directions and emerging issues

This entry is part of a special series of blog posts about the UN’s Committee on World Food Security (CFS): The Future of the CFS? Collectively reflecting on the directions of UN’s most inclusive body.

Every week, until early 2017, a group of academics and practitioners will be sharing their reflections on the critical directions and emerging issues at stake in this innovative intergovernmental and multi-stakeholder forum. Contributors include Matheus Zanella, Jessica Duncan, Josh Brem-Wilson, Nora McKeon, Nadia Lambek, Carolin Anthes, Pierre-Marie Audrey, Katie Whiddon, Thomas Patriota, Alison Blay-Palmer, Allison Marie Loconto, Martin Herren, and others. This is not an exclusive project. If you would like to participate, please let us know: foodsecuresolutions@gmail.com 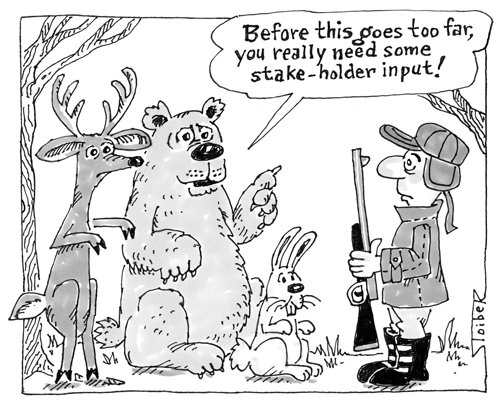 Last year we wrote a reflection about the UN’s Committee on World Food Security (CFS) wherein we proclaimed that the CFS was at crossroads. That was right after CFS’s annual plenary in October – its 42nd Plenary. At that time we identified a number of potential challenges that this Committee was facing to keep the spirit of its 2009 Reform alive.

In particular, we pointed out three main issues. First, that the initial ambition brought by the reform of the Committee and the engagement of non-state actors seemed to be fading away. Second, that we observed a lack of coherence amongst member states and participants regarding the future directions of the CFS. And third, that the multi-stakeholder format of the reformed CFS was being put into question, notably by not paying sufficiently attention to power dynamics and a failure to frame negotiations with a rights-based approach.

Last week the CFS met for its 43rd Plenary. By the end of the week we felt that many of our concerns and predictions had been re-enforced or confirmed. We also felt that it would be interesting to re-engage in this debate.

This time we also thought that it would be valuable to include more people in a thinking and sharing exercise. Indeed, after a week of intense interactions with academics, food producers, civil society actors, country delegates and private sector actors, we realised just how many people are working on questions like these! Besides, many issues such as those we raised above continue to need attention, while others were not addressed or even have just recently emerged.

Thus, over the next few weeks, researchers will be sharing their reflections, insights, analysis, concerns and hopes for the CFS.  Our hope is to raise awareness of key issues, strengthen collaboration, and facilitate a different way, hopefully a more accessible way, of communicating our ideas.

Contributions will be organized in four thematic clusters:

3. “CFS: Multi-stakeholder or Multi-actor? And does it matter?” – The CFS claims to use a multi-stakeholder and inclusive approach to develop policy recommendations and guidance. Contributors will problematise the idea and practice of “multi-stakeholder” processes by exploring issues related to inclusivity and participation, shifting power imbalances between participant categories, growing engagement of the private sector, and  the differentiation of multi-stakeholder governance from multi-actor or other forms of participatory processes.

4. “What are the emerging issues at CFS? How are they being addressed?” – Contributors will discuss the ability of the CSF to address emerging issues and reflect on processes that can ensure the CFS remains relevant and able to address its mandate. Contributions will touch upon implementing CFS decisions, the discussions on connecting smallholder farmers to markets, urbanization and rural transformation, the role of knowledge and technology, and the role of CFS in contributing to the Agenda 2030 for Sustainable Development.

To give you a better sense of where these thematic clusters came from, and what you can expect from this blogging initiative, we have put together a few “raw” ideas that we have been thinking about.

In conclusion, this is not an exclusive project. We have reached out to people we know and work with but if you want to get involved, get in touch: foodsecuresolutions@gmail.com

We look forward to an engaging discussion. Until next week!