I mentioned in a post last week that I would be providing short profiles of some of the people we met while doing field work in Kenya.

The first profile is that of Mary Kahwai, Chair of the Githunguri District Smallholder Farmers Association (Kiambu County) 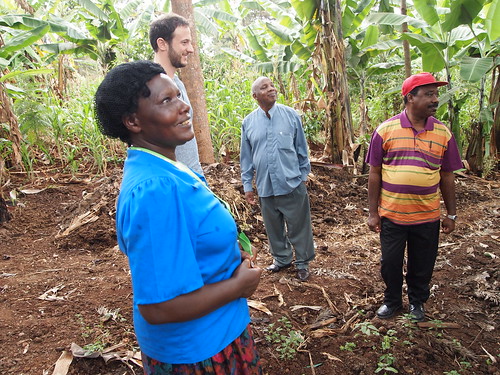 Mary has cows, chickens, banana, avocado and maize. She has stated to grow Napier grass as fodder for her cows to supplement the hay. 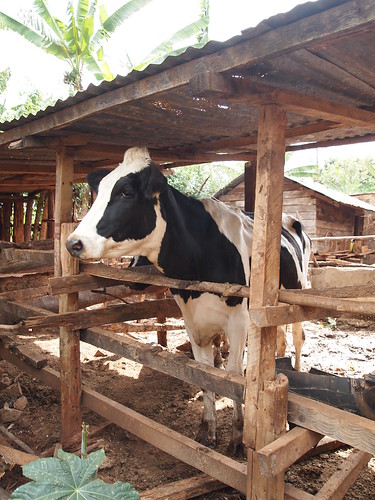 Mary makes use of the manure produced by her cows for both biogas and for compost. The biogas is connected directly to her stove, meaning she spends less time and money collecting firewood or charcoal. The farm-level biogas plant was installed by a German NGO in 2003.

Mary explained that climate change has led to some big problems, especially around accessing enough water for her and her animals.  This year, due to drought, she does not expect to harvest her maize.

Mary works to teach other farmers in her area about the value of using manure as fertilizer. She is also looking to work with dairy goats which require less food, as her access to grass lands is limited.