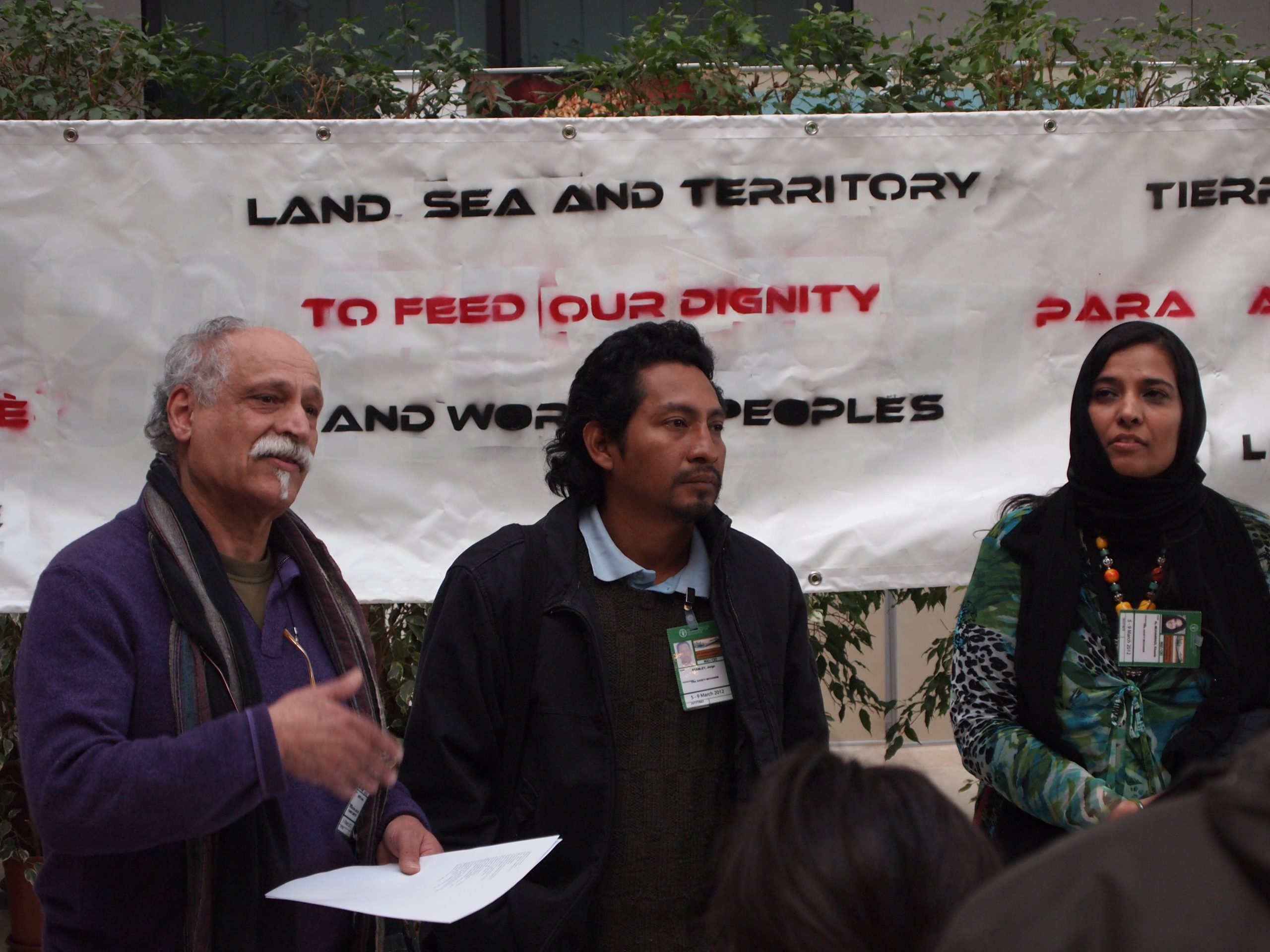 10 May NGO or social movement?

Actors in the food sovereignty movement distinguish between social movements and NGOs. But what does this mean and why does this matter?

What is the difference?

These differences are however important to identify, for at least 2 reasons.

First, social movements have made important efforts over the last 30 years to organize themselves in ways that enable them to directly participate in global governance spaces, such as the UN Committee on World Food Security (CFS). They are now recognized as fundamental actors because their participation is key to the legitimacy of these spaces. Indeed, social movements representing those most affected are able to quickly identify emerging issues and offer well-informed, grassroots solutions.

Second, social movements have organized independently from NGOs and, in many cases, freed themselves from the power and control of NGOs speaking on their behalf (McKeon and Kalafatic 2009). Social movements have claimed the right to speak for themselves. This is reflected in a number of mechanisms that food sovereignty actors have put in place to prioritize the voice of movements over that of NGOs. For example, working groups in the Civil Society and Indigenous Peoples’ Mechanism (CSM) for relations to the CFS are led by a social movement coordinator and facilitated by an NGO.

This distinction, and the mechanisms that have been developed around it, are not new. In 1996, at the parallel NGO Forum to the  World Food Summit, organizers ensured that 50% of participants represented local or national organizations of peasants, women and Indigenous peoples from the South. While the key emphasis here was on rebalancing participation from the Global South and the Global North, this decision marked a first step towards recognizing the importance of creating space for peasant, Indigenous and women’s organizations speak for themselves. This principle was expanded in the years following and led to the recognition of a variety of constituencies.

Within the CSM, social movements today represent 10 out of the 11 constituencies, and the 11th one represents NGOs. This means that NGOs have a clear minority of seats in the Coordination Committee and other governance bodies of the CSM. NGOs in the CSM are expected to respect that movement actors should speak first and have endorsed “support roles” meaning that they direct time and resources to support social movements with tasks such as translating/interpreting, editing, facilitating, note-taking, etc.

However, some imbalances remain, that the CSM is trying to address. For example, many NGOs are able to self-finance their participation in global events while social movement participants are struggling to attend (or in the case of online participation, the digital equity challenge).

Overall, differences between social movements and NGOs are no longer an important source of tension and division. However, these differences continue to matter for the actors themselves and can quickly resurface if there is competition for funding, voice or recognition. It is therefore important to respect the autonomous capacity of social movements and NGOs to self-organize.

This helps explain why some civil society actors refuse to engage in the UN Food Systems Summit 2021, which disregards existing processes for engaging with civil society, including the movement-NGO distinction.